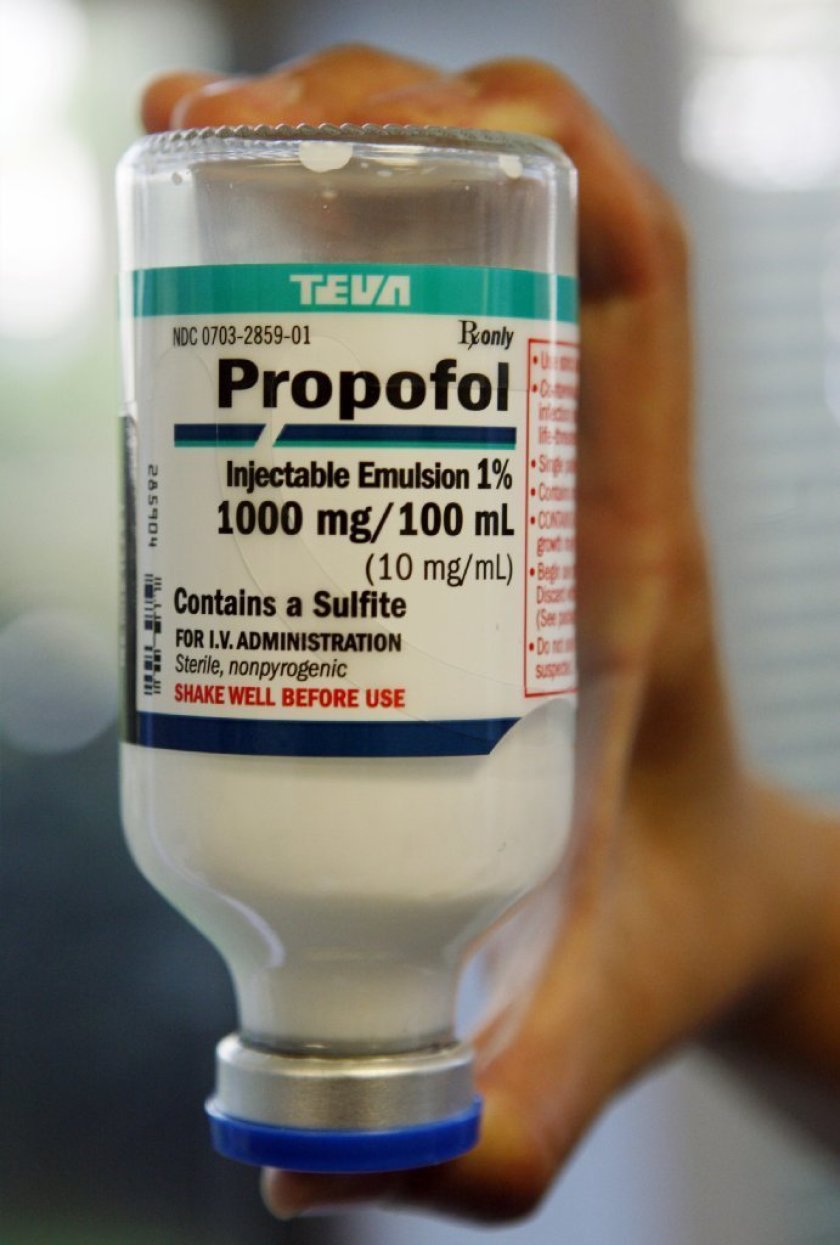 Propofol, marketed as Diprivan, among other names, is a short-acting medication that results in a decreased level of consciousness and a lack of memory for events.Its uses include the starting and maintenance of general anesthesia, sedation for mechanically ventilated adults, and procedural sedation. It is also used for status epilepticus if other medications have not worked. It is given by injection into a vein, and the maximum effect takes about two minutes to occur and typically lasts five to ten minutes.

Common side effects of propofol include an irregular heart rate, low blood pressure, a burning sensation at the site of injection and the cessation of breathing. Other serious side effects may include seizures, infections due to improper use, addiction, and propofol infusion syndrome with long-term use. The medication appears to be safe for use during pregnancy but has not been well studied for use in this case. It is not recommended for use during a cesarean section. It is not a pain medication, so opioids such as morphine may also be used, however whether or not they are always needed is not clear. Propofol is believed to work at least partly via a receptor for GABA.

Propofol was discovered in 1977 and approved for use in the United States in 1989. It is on the World Health Organization's List of Essential Medicines and is available as a generic medication. It has been referred to as milk of amnesia (a play on 'milk of magnesia'), because of the milk-like appearance of the intravenous preparation. Propofol is also used in veterinary medicine for anesthesia.